Matthew Fries is a joyful voice on the piano with a unique and recognizable style that is authentically rooted in the tradition of the classic jazz pianists, while still looking forward to the future of the music and the instrument.

As a composer and leader he has performed his own music extensively, recording ten albums of mostly original compositions. His music has been described as playful and hopeful, introspective, full of joy and wonderment, and awash with tonal colors. But it is his deeply swinging piano style and collaborative spirit that have also made him an in-demand sideman for both instrumentalists and vocalists. He has toured worldwide, appears on scores of recordings, and his work has been described as “the best jazz accompaniment I’ve seen in a cabaret in years” (The New York Times), and “the crispest rhythm section imaginable” (The London Times).

Matthew is a dedicated educator and he continues to teach lessons, masterclasses, and clinics throughout the US and abroad. Since 2017 he is a proud part of the Western Michigan University faculty as Professor of Jazz Piano where he teaches private lessons, coaches jazz combos, and teaches classes in jazz theory, improvisation, composition and arranging.

Born in Selinsgrove, PA into a musical family, his father was his first piano teacher. Matthew was interested in the freedom of musical improvisation at an early age, but it was a class in college that sparked his interest in jazz piano. He has a bachelor’s degree from Ithaca College and a master’s from the University of Tennessee where he was mentored by the Memphis jazz piano great, Donald Brown. It was Donald who saw the talent and commitment in Matthew and encouraged him to pursue music in NYC. He moved there in 1994 and quickly established himself as a recognizable and integral part of the jazz scene – performing in major clubs, recording, and touring while calling NYC home for more than twenty years. Through Donald Brown he also became connected with pianists James Williams and Mulgrew Miller who continued to mentor him in NYC and help him develop his personal style and deep connection to the tradition of jazz piano.

He has recorded five albums and toured internationally with his collaborative, original-music trio TRI-FI – a group that Jazz Review says, “takes on the Jazz Trio challenge and delivers a ‘knock out’ punch,” and about whom Downbeat Magazine says, “the clairvoyance of these three members can be mesmerizing.”

He has a 20-year collaboration of touring, recording and composing with singer-songwriter Curtis Stigers as part of his band.

Matthew plays a Vintage Vibe electric tine piano and Acoustic Image amplifiers because they are an awesome combination.

“Vintage Vibe has captured and improved every detail of the classic electric piano – the tone, the feel, the nuance of the attack – and packaged it up with modern electronics in a downright sexy lightweight design. I’m in love.” – Matthew Fries

See/Hear the Vintage Vibe in Action!

Check out the Vintage Vibe in these videos from the (718) CD release show at the Blue Note in NYC. 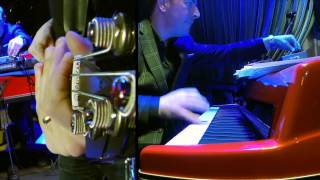 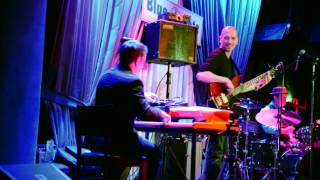 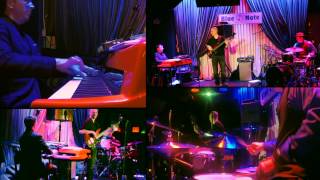 The Acoustic Image “Coda” has been Matthew’s GO-TO amplifier for years for it’s super clean and true sound delivered by a powerful 600-watt removable head in a super-portable two-speaker cabinet. Pop the head out and plug into a larger cabinet for bigger shows. Beautiful, thoughtful design. What more could you need?